Attractions & Things To Do Nearby
Cumberland, Maine 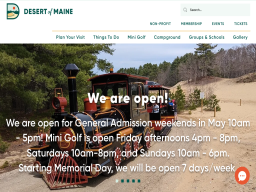 Desert of Maine
Freeport, ME
(range: 7 miles)
The Desert of Maine is a weird and wonderful place that is difficult to describe. It is a natural wonder, a historic landmark, and a beloved tourist attraction. It has something for everyone: kids, history buffs, nature lovers, science nerds, and people that just want to relax and experience something new.  (This excerpt taken from the Desert of Maine website)

Seacoast Tours
Portland, ME
(range: 7 miles)
Our tour offers a glimpse into the fascinating life of Admiral Robert E. Peary, known for his extensive explorations to the North Pole. Our tour begins in the working harbor of South Freeport, Maine. We’ll wind our way through the beautiful islands of Casco Bay, past seals, lobster buoys, and view the lobstermen as they haul traps in Broad Sound. Our destination, Eagle Island is a water access only State Park, and a must see for anyone who enjoys coastal Maine.  (This excerpt taken from the Seacoast Tours website) 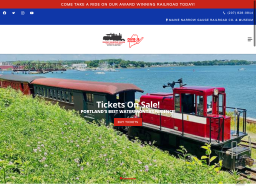 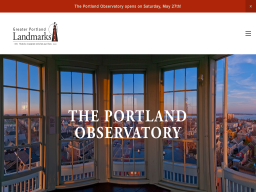 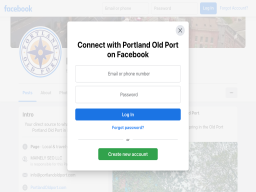 Old Port
Portland, ME
(range: 7 miles)
It is impossible to overestimate the historical significance of the waterfront in the development of Portland. It is where the city began and was the primary engine of its growth and economy for three centuries afterward. The Waterfront Historic District is one of the few intact east coast historic waterfronts and today looks substantially the same as it did in the period 1850 to 1875. Visually as well as historically this area forms a coherent and comprehensible whole. (This excerpt taken from the Old Port website)