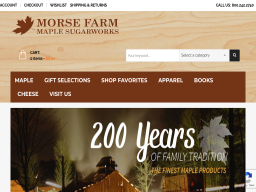 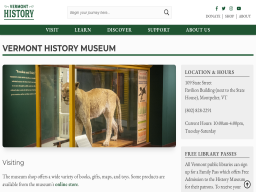 Vermont Historical Society Museum
Montpelier, VT
(range: 4 miles)
Learn about Vermont’s exciting past in our museum, heritage exhibits, and library! Or make new discoveries for your research project, family or community history with our programs, educational offerings, and books. (This excerpt taken from the Vermont Historical Society Museum website) 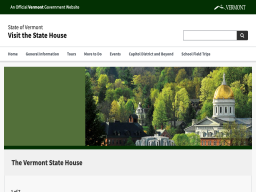 Vermont State House
Montpelier, VT
(range: 4 miles)
The Vermont State House is one of the oldest and best preserved of our nation's state capitols. After nearly 160 years it remains an icon in Montpelier, the smallest capital city in America. Its House and Senate chambers are the oldest active legislative halls in the United States that have preserved their original interiors. This architectural gem is also home to some of the state’s most important art. As you tour this remarkable piece of living history, you will develop a sense of what makes this building, and the state for which it was built, unique. Highlights include the Governor’s Office, the Cedar Creek Reception Room, the Hall of Inscriptions, and the legislative chambers. (This excerpt taken from the Vermont State House website) 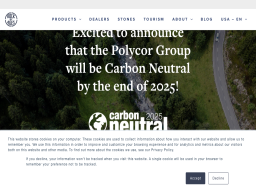 Rock of Ages
Graniteville, VT
(range: 7 miles)
The guided quarry tour takes you to an overlook of the Smith Quarry. At nearly 600 feet deep, it is the largest operating deep-hole, dimension granite quarry in the world. A one-of-a-kind tour experience, not to be missed while visiting Vermont. (This excerpt taken from the Rock of Ages website) 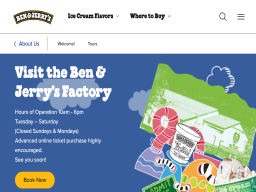 Ben & Jerrys
Waterbury, VT
(range: 13 miles)
Our Waterbury site, which was our first factory built in 1985, continues to manufacture approximately 350,000 pints per day and our Scoop Shop continues to tickle the taste buds of fans who visit from around the world. (This excerpt taken from the Ben & Jerrys website) 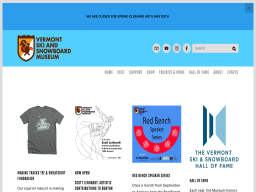 Camel’s Hump State Park
Duxbury, VT
(range: 17 miles)
Waubanaukee Indians first named it "Tah-wak-be-dee-ee-wadso" or Saddle Mountain. Samuel de Champlain's explorers in the 1600's called it "lion couchant" or resting lion. The name "Camel's Rump" was used on a historical map by Ira Allen in 1798, and this became "Camel's Hump" in 1830. The park came about as an original gift of 1000 acres including the summit from Colonel Joseph Battell, who originally bought Camel's Hump to preserve the wooded mountainous view from his home. In 1911, care of the mountain was entrusted to the State Forester who managed with the aim to keep it in a primitive state according to Battell's wish. (This excerpt taken from the Camel’s Hump State Park website) 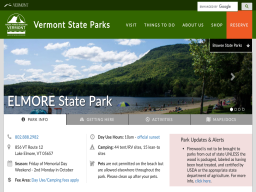 Elmore State Park
Elmore, VT
(range: 19 miles)
The Town of Lake Elmore calls itself “The Beauty Spot of Vermont.” Located in the southeastern part of Lamoille County, Elmore is mostly forested and agricultural land. Lake Elmore and Elmore Mountain, which rises almost from the lake’s shore, are prominent features of the town. Lake Elmore is 219 acres, and lies northwest of the village and empties into the Lamoille River through Pond Brook. Elmore Mountain is in the "Worcester Range" and its timber is mostly hardwood. The mountain has an elevation of 2,608 feet. (This excerpt taken from the Elmore State Park website) 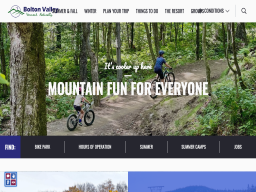 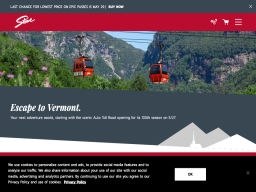