Attractions & Things To Do Nearby
Ludlow, Vermont 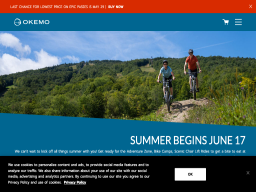 Okemo Mountain Resort
Ludlow, VT
(range: < 1 mile)
Okemo Mountain Resort and the surrounding area is the outdoor enthusiasts dream come true. The wintertime brings exceptional Vermont skiing and snowboarding on snow that is known as one of the best skiing and riding surfaces in the East year after year. While other mountains talk a big game, we've proven that it takes a lot of pipe, water and power - with highly trained, completely dedicated teams at the reins - to make it happen. (This excerpt taken from the Okemo Mountain Resort website) 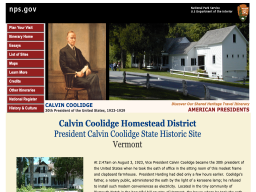 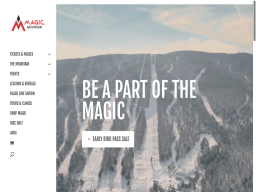 Magic Mountain
Londonderry, VT
(range: 14 miles)
People often ask, what makes Magic so different? It all starts with the mountain itself. When Hans Thorner was searching Vermont to start a ski area in the late 1950s, he found Glebe Mountain. It’s ridge lines and steep topography reminded him of his native Swiss Alps. The trails he cut for Magic are naturally narrow and twisting and descend 1,500 heart-pumping vertical feet to our two Summit lifts—true vertical skiing. Combined with tree-skiing from boundary-to-boundary, Magic’s terrain is what separates this ski area from all others in southern Vermont and the East Coast—virtually unchanged since the 1960s. (This excerpt taken from the Magic Mountain website) 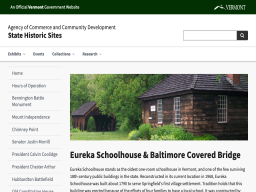 Eureka Schoolhouse
Springfield, VT
(range: 15 miles)
Eureka Schoolhouse stands as the oldest one-room schoolhouse in Vermont, and one of the few surviving 18th-century public buildings in the state. Reconstructed in its current location in 1968, Eureka Schoolhouse was built about 1790 to serve Springfield’s first village settlement. Tradition holds that this building was erected because of the efforts of four families to have a local school. It was constructed by William Bettergneau, an early inhabitant of Springfield supporting himself as a beaver trapper. (This excerpt taken from the Eureka Schoolhouse website)

Killington
Killington, VT
(range: 15 miles)
Longer days mean MORE time to play. Summer in our mountains is simply awesome. It’s kinda like going to the beach, minus the sand in every orifice. Okay, it’s nothing like the beach. It’s better. (This excerpt taken from the Killington website)

Pico Mountain
Killington, VT
(range: 15 miles)
With 468 acres of skiable terrain and close to 20 miles of trails to choose from, exploration awaits.  (This excerpt taken from the Pico Mountain website) 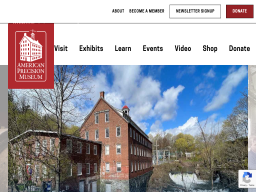 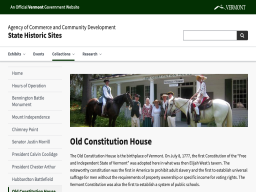