Attractions & Things To Do Nearby
New Shoreham, Rhode Island

Theatre By The Sea
Jerusalem, RI
(range: 14 miles)
Professional level live theatre presented in a Historic Barn Theatre. Operating during the summer months Memorial Day thru Labor Day (This excerpt taken from the Theatre By The Sea website)

Charlestown Breachway
Charlestown, RI
(range: 14 miles)
Located on the east side of "the Breachway" is a camping area for self contained RV's, a state beach, some of the best salt water fishing in South County and a panoramic view of Block Island Sound. (This excerpt taken from the Charlestown Breachway website) 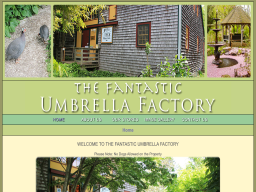 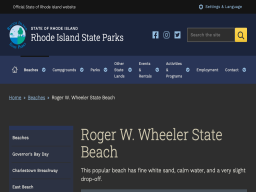 Roger W. Wheeler State Beach
Narragansett, RI
(range: 14 miles)
The name change from Sand Hill Cove to Roger W. Wheeler State Beach happened on August 15, 1970. Captain Roger W. Wheeler (1907-1969) was the creator of the Rhode Island State Life-Saving System. Without a cadre of life guards at the beaches, who promoted safe swimming practices, the public use of our coastal waters would have amounted to little more than an “attractive nuisance.” Trained, alert, and capable life guards have prevented many family tragedies over the years. Between 1996 and 1997, a redesign and renovation of the beach facilities at Roger Wheeler produced a new pavilion, coin-operated hot showers, a playground, concession building, a life-guard tower, and an environmental educational area.  (This excerpt taken from the Roger W. Wheeler State Beach website) 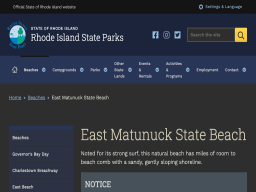 East Matunuck State Beach
South Kingstown, RI
(range: 14 miles)
From the Hurricane of ’38 through successive storms in 1954 and 1955, light-weight and well-built structures along this coastline were from time to time swept away. Beginning in 1956 the State Department of Public Works began acquiring storm-ravaged land by public condemnation. Additional purchases by the state occurred in 1967, and the Division of Parks and Recreation, now in DEM, built a modern beach facility and took over the care and maintenance of the beach, totaling more than 144 acres. It is formally known as East Matunuck State Beach. (This excerpt taken from the East Matunuck State Beach website) 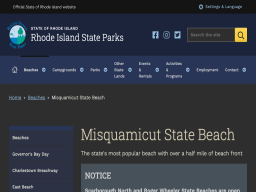 Misquamicut State Beach
Westerly, RI
(range: 15 miles)
Misquamicut has always enjoyed a summer population balanced by Westerly area locals and large influxes of Connecticut residents. One of the state's most popular beaches with over a half mile of beach front, there are also many local attractions for children. This modern pavilion includes many new features including rails, outside showers, and composting toilets. This beach does fill to capacity during sunny summer weekends. (This excerpt taken from the Misquamicut State Beach website) 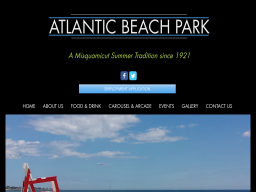 Atlantic Beach Park
Westerly, RI
(range: 15 miles)
Located on the south shore of Rhode Island in Misquamicut, overlooking Block Island and the tip of Long Island, Atlantic Beach Park has been a charming landmark in this area dating back to 1921.  It is still owned and operated by the Trefes family. The original name was "Atlantic Beach Casino", meaning a place to enjoy the beautiful surf, where, in days gone past, families and friends would sit in rocking chairs on the boardwalk, enjoying the sun and swimming in the warm waters of the Atlantic Ocean.  (This excerpt taken from the Atlantic Beach Park website)

Water Wizz Of Westerly
Westerly, RI
(range: 15 miles)
The beach was never this exciting!! Make a splash this summer at our 35 foot high Giant Waterslides and our 50 foot high Super Speed Slides. At the top of our Speed Slides take a moment to enjoy the beautiful view of Block Island!! Enjoy one of the oldest family owned landmarks left in Rhode Island. There is over 1,000 feet of thrills and spills, tunnels and dips that twist and turn into two treated pools of refreshing fun for all! We are located right near the picturesque Misquamicut State Beach. (This excerpt taken from the Water Wizz Of Westerly website)