Attractions & Things To Do Nearby
Robbinston, Maine

The St. Croix Country Club
Calais, ME
(range: 9 miles)
Since 1927 golfers from the United States and Canada have enjoyed our picturesque nine hole course situated on the banks of the St. Croix River in Calais, Maine. The well-maintained greens and wide fairways offer both the experienced golfer and the beginner an enjoyable day of golf. Crowds are scarce, while osprey and eagle sightings are common. This is golf the way it should be. (This excerpt taken from the The St. Croix Country Club website) 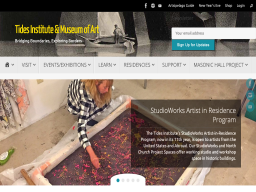 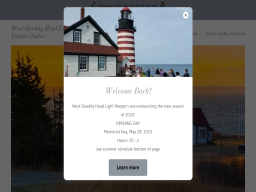 West Quoddy Head Lighthouse
Lubec, ME
(range: 19 miles)
Originally built in 1808, by order of President Thomas Jefferson, the original wooden tower was replaced by the current tower which became operational in 1858. The red and white tower is the only "candy striped" tower in the United States. The Tower is 49 feet tall, with a 16 foot diameter base. The center of the lantern stands 83 feet above sea level.  (This excerpt taken from the West Quoddy Head Lighthouse website) 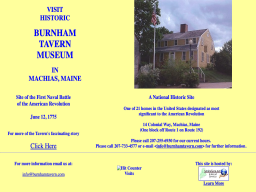 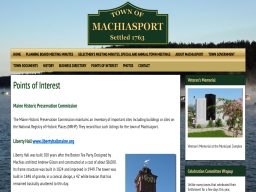 Jasper Beach
Machiasport, ME
(range: 34 miles)
Jasper Beach is located in Howard Cove, Machiasport, just west of Machias Bay. It is dominantly a gravel beach. Bedrock frames Howard Cove making Jasper a pocket beach. It is also a barrier split that originates at an eroding bluff of glacial material on the west and terminates at a tidal inlet on the east. In addition the beach is cracked by fresh and saltwater lagoons, and a salt marsh. (This excerpt taken from the Jasper Beach website) 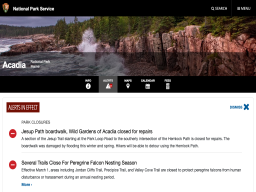